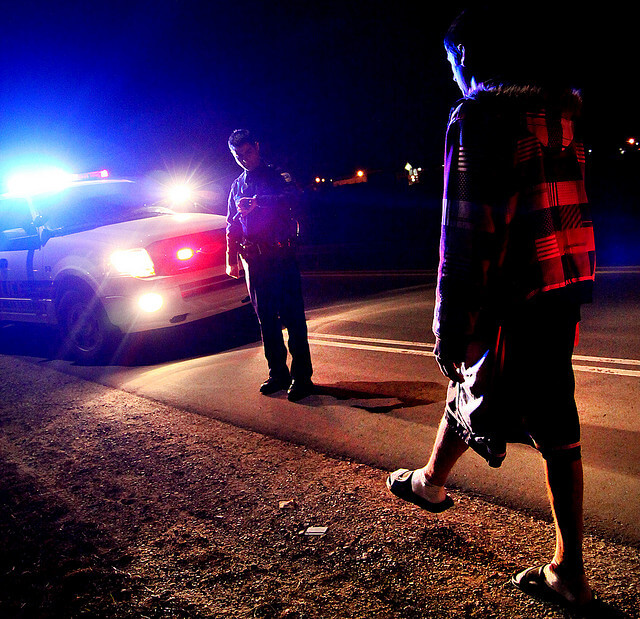 If you are stopped on suspicion of a DUI in Texas, as in all states and the District of Columbia, you will probably be asked to take a sobriety and a breathalyzer test. You may be “asked” to take these tests, but in reality you can’t refuse. If you do, your refusal will count against you if your case goes to court. The sobriety test usually involves some activity, such as trying to walk a straight line, which is surprisingly hard to do if you’re drunk. Then you may be “asked” to take the breathalyzer test. You can’t refuse that either. Texas has an implied consent law, which says a refusal can mean a fine and loss of license for a specified period. The breathalyzer test involves breathing into a machine to measure the amount of alcohol in your blood. A BAC (blood alcohol level) of .08 or higher can result in a charge of DUI.

If you are convicted of a DUI in Texas, your fine may be up to $2,000, your license may be suspended for 12 months, and you may be in jail for up to 180 days. Those are penalties for your first DUI offense. If you’re found guilty on a second DUI within 10 years of the first, you might be behind bars for a year. You will probably lose your license for two years and your maximum fine will be $4,000. Penalties get much harsher for a third DUI. You’ll lose your license for another two years, but fines rise to $10,000 and you could be behind bars anywhere from two to 10 years. Even tougher might be the impact on your record, which will now permanently carry a conviction charge.

That means you might find it difficult getting a job. It also means you will have to pay a “license reinstatement” fee of $2,000 for the next three years, and you’ll be paying up to three times more each year for auto insurance. Texas makes it tough on DUI offenders.

The best advice for any driver in Texas or any state is “don’t drink and drive.” However, if you do and you are charged with a DUI offense, the second best advice is to call an experienced Texas DUI lawyer. You need the best defense possible to defend yourself against these charges. A Texas DUI lawyer can steer you through the complex laws that govern DUI offenses. You and your lawyer may decide to plead your case before a judge, called an arraignment. If you plead guilty, your lawyer may be able to have your fine or jail time reduced. Get the help you need for a DUI charge. Make that call now.

What If Someone Skips Bail?

All About Traffic Tickets
Scroll to top